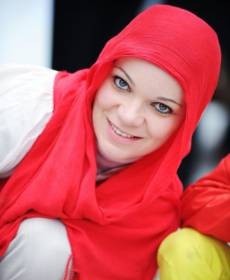 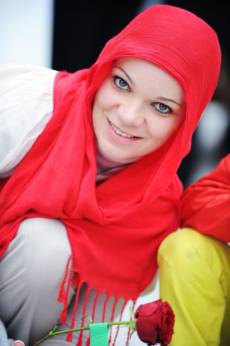 I was born to Bosnian parents, economic migrants in Slovenia at the beginning of the eighties. For my lifework I received numerous national and international awards before i was 30 years old. Volunteer of the year in 2006; Face of the European Year of Equal Opportunities 2007; Benefactor of 2007; Nomination for the women of the year 2008 in Slovenia; Nomination for a young European in 2008; The ambassador of the EU Year for Combating Poverty and Social Exclusion 2010; Recognition of the Adult Education Centre for Lifelong Learning 2011; Muslims of the 2012, Sarajevo-Bosnia and Herzegovina and Women Inspiring Europe, EIGE, 2013.

I am a free daughter of  a free parents. Raising up women that wear headscarf has demanded years of caring persistence. Stereotypes had always been expression of the public opinion, which is being produced in a society. Seemingly innocent mistakes are introduced as major offence and warning sings. Generalization, society’s exaggeration forces us that we consciously reject generalizations and that we aspire to creation of positive figure. My family’s fundamental task and priority is to deconstruct these stereotypical interpretations of myself and of my world. My life has in its entirety been dedicated to coexistence of all religions, nations, cultures, and primarily to help people in understanding myself. Many can learn from my experience and thus overcome their own challenges. Everything else is my time which is sacred in this world. We women that wear headscarf are noble and all that we wish for is to be treated as such.

Goals: That I will know how to use my birth that I will never be a crow if I can be a swan. That the words I and Mine forever disappear from my vocabulary, because this words are like chain on feet and snare behind neck for every noble sole. That intercultural dialog becomes my will which will know neither hesitation nor doubt. Let me never become a servant, who lovers her head nor master, who superiorly raise hers and that I nevertheless preserve my prideful me. My personal goal? To be where there is the power of decision. When I will be able to save hundreds of children, that were marked by their name and place of birth, with my signature.