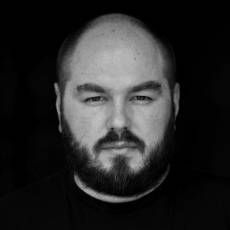 My name is Mitja Blažič and I´m an activist for human rights and a reporter. From 1994 until 2010 I´ve worked mostly as a radio speaker, first at Radio Koper – Capodistria and later at the 1st programme of Radio Slovenia in the editorial of morning and educational programme. In 2000 I began my way on the field of activism for human rights for gay, lesbian, bisexual and transgender people at the informal LGBT-sports group Out and Slovenia. In 2003 I co-founded DIH – Society for integration of homosexuality (now the Society DIH – Equal under the rainbow) and led it until 2008. In 2009 I won, together with my ex-partner, the case Blažič and Kern against Slovenia at the constitutional court in relation to the unconstitutionality of the Article 22nd of Law on registration of same-sex civil partnership. From 2009 until 2012 I led a campaign »For all the families, for the rights of all children, for human rights!« in support of the Family Code, which would give same-sex couples and families fundamental social rights.

Today I work at the society Cultural, Informational and Counselling Centre Legebitra as project coordinator for human rights education and HIV / AIDS prevention but I also remain active in efforts for equal rights of LGBT people, same-sex couples and families. Since 2006 I am also a coach of the national human rights programme Compass of the European Council.