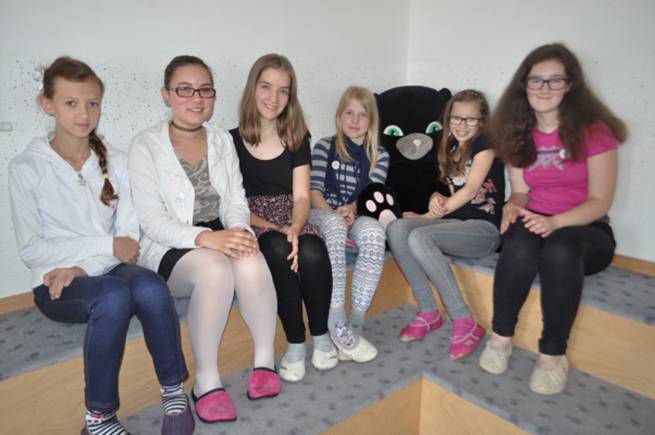 “If we leave out of account culture and religion, we are all the same, we are all human beings, who try to live our lives the way we think is right. Culture is something that determines the way.” (Ana)

“I think we should have long talks in schools with the kids that come from a foreign country. I would like that they would have a presentation of their country and through that we could get to know them better and get rid of prejudices about them.” (Bianca)

“Because all people are the same and there are no inferior and superior people.” (Hana Petra)

“My message to my peers is that religion, how one looks like doesn’t matter when talking about acceptance of people. We are all human beings. And that is the ultimate reason why we should accept each other as we are.” (Nadja)

“The best part of the project YAID is when we are connected to peers from other countries. I really like to make new friendships.” (Laura)

The coordinator of the project YAID on primary school Loče was teacher Ines Leskovar. She also shared her thoughts about the project and interculturalism:

“Like our pupils I also was very enthusiastic about the two implemented workshops Hours of intercultural dialogue in which the pupils were learning about the acceptance of diversity. We all got a chance for new and more ethical reflecting about diversity. I hope that the oath with which the seventh grade pupils concluded the workshop with a guest from the Muslim community, Faila Pašić Bišić, will stay in our memory for a long time and that we will all make a lot of effort to make it our constant guidance. We swore to be good, kind to each other regardless of the mother language or the colour of the skin and that we will all try to make our world better and more beautiful. Project YAID is according to my opinion very useful on primary school level because there is never too much workshops on this theme. I noticed that this project triggered that the pupils started to talk and reflect about this theme and that is very welcome. I hope we will get the chance to implement the project activities also in the future.”

Project YAID is in 2014 – 2015 implemented by Local Youth Council of Slovenske Konjice and cofinanced by Financial mechanism EEA and Norway Grants 2009 – 2014.