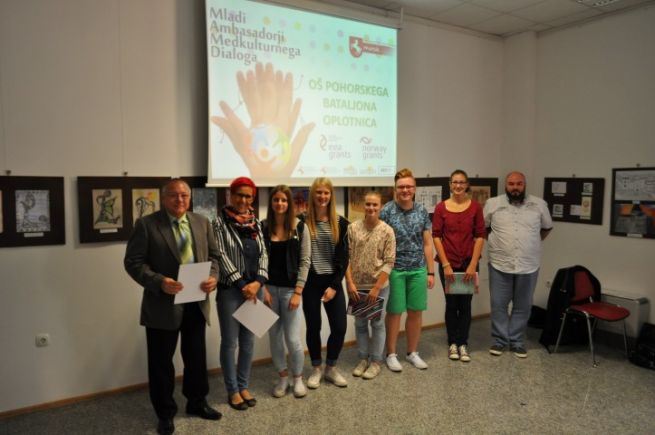 The coordinator of the project YAID on the mentioned primary school was teacher Mihael Stampfer. He shared his thoughts about the project and interculturalism:

“Project YAID was very successful on our school. Two workshops Hours of intercultural dialogue were implemented. The first one was informing about Roma culture and about the realistic relation of media and policies towards the mentioned minority. The pupils could gain first-hand information from Monika Sandreli from Roma Union of Slovenia. The second workshop was about LGBT community. The pupils were informed about the Universal Declaration of Human Rights, the European Convention for the Protection of Human Rights and Freedoms, the Constitution of the Republic of Slovenia and the Law on the Implementation of Equal Treatment. Mitja Blažič from association Information Centre Legebitra enabled the pupils to get credible information regarding the LGBT community. The pupils were very satisfied with the workshops and their implementation. They got a lot of information that will be useful for them in the future.”